“an institutional acceptance of error has crept into the construction process”!

It’s not happening everywhere, but it’s happening enough to ring alarm bells! ~ it’s unlikely that this acceptance of error can be self-correcting without a change in culture such as we’ve undergone for safety and health ... 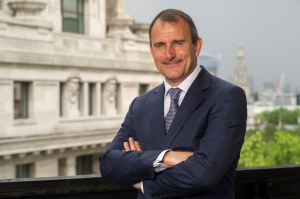 "It’s a personal thing for me. When Professor John Cole published his report in June last year into the defects that caused the closure of 17 schools in Edinburgh, I simply could not understand how so much could have gone wrong. It turned out to be the tip of the iceberg, as defects were found in 71 more schools across Scotland.

At about the same time, it emerged that house builder, Bovis, was setting aside £7m to correct defects in new build homes sold to customers.

The catastrophic fire at Grenfell Tower in London, which claimed the lives of 72 people, was a clarion call for fundamental change in the way buildings are designed, procured, constructed and managed.

It dawned on us that THESE PROBLEMS WERE JUST NOT ISOLATED EVENTS, BUT INSTEAD WERE SYSTEMIC. So, we launched a Commission of Past Presidents to consider what steps were needed to address the issue.

In gathering evidence, we surveyed the industry, and the response pointed overwhelmingly to the need for top-to-bottom change. 82% of respondents said workmanship suffers because of poor management of quality, whilst 84% said signing off work is compromised by the same.

This proved what we suspected: that TIME AND COST CONSIDERATIONS HAVE PUSHED QUALITY TO THE BACK OF THE QUEUE, and inherent industry systems and culture may be too weak on their own to restore quality as a priority.

In response, the Commission settled on two broad strategies. One is to publish a CODE OF QUALITY PRACTICE that will set the standards we should be achieving as an industry. We will be releasing more information about that later this year and consulting with industry during early 2019 to ensure we get it right.

The other strategy is EDUCATION. We want to raise awareness of the issue of quality management and give people the practical tools to manage it.

The course that we announced earlier this month is part of that process, but over the coming year we will be developing a COMPETENCY-BASED QUALIFICATION which will build on the course and which we hope will help reintroduce to the industry the knowledge and expertise that has been lost with the decline of the clerk of works role.

This won’t be easy. I know it’s trite always to hark back to the good old days, but when I started in the industry 35 years ago, like everyone else, I learned from more experienced people, who only had to look to tell if something wasn’t right.

How to recover that is not immediately clear, but we can’t use the past as an excuse. Things move on. The industry has changed, in many ways for the better.

We don’t need more process for the sake of it, more box-ticking, more theory. An over-reliance on process, box-ticking and theory is part of the problem. Somehow, at the top, companies need to recognise that there are things they don’t know, and do not adequately control, and work from there. "

The ICM salutes and fully supports this exemplary lead initiative of Paul Nash, Chair of the CIOB Quality Commission and his team ...

As soon as the CODE OF QUALITY PRACTICE is published setting the standards the industry should be achieving the ICM will develop appropriate Testing, Certification, and Accreditation leading to appropriate Registration on the Competence Registry™ ...